Chet and I went for our annual strawberry pick at Porter’s Patch this past weekend. I think the late spring yielded a smaller berry than in past years, but their flavor was still delicious! Normally we turn our picked strawberries into jam, but we have so much left over from last season that we decided to pick a lot less this year and just use them for baking and desserts. Last year I think we picked around 30 or 40 lbs. This year we only did about 12. Twelve pounds of strawberries is still a lot, especially when you have to hull all of them out so you can freeze them properly. 🙂

I found a recipe on pinterest for a strawberry banana milkshake cake many moons ago. I think anyone who uses pinterest can relate that so many times you pin first, then read later…well…you intend to read later but soon you have boards upon boards of things that you forgot you even saw. This cake is one of those. I have a strawberry galore board where I find recipes and other strawberry related material. Since we didn’t do our normal jam fest I decided to poke through the board and decided to finally give this cake a try. The recipe was developed by Hungry Rabbit NYC  as a strawberry banana milkshake cake, but upon reading the recipe I decided to leave out the banana layer as I had suspicion that it would taste more like a banana bread (and let’s be honest I really didn’t feel like making a four layer cake) . My husband loves cakes that have a jam or custard center versus frosting, so I decided to use our homemade strawberry jam as the filling for this cake. I wasn’t thinking when I made the frosting for the cake and forgot that the frosting recipe is intended for a four layer cake, not just a two layer cake. I ended up having tons of frosting left over which now I don’t know what to do with. I hate to throw it out but with this cake in the house I really don’t have a need to make cupcakes or something to use it up with. I also don’t need the temptation to just start eating the frosting alone…or with graham crackers or something ridiculous like that.

The cake was spectacular!! The batter requires malt powder which I think makes this cake. I had no clue where to find malt powder and had almost given up on making this cake until my husband had the brilliant idea to try the ice cream topping aisle. I took a quick sample of batter off my kitchenaid mixer blade and quickly called Chet in to sample. His eyes opened wide and he didn’t hesitate to ask if he could have the beater if I was done with it. 🙂 The frosting was good, though I think heavy on the cream cheese. If I were to make this again I might lessen the cream cheese or use my whipped cream cheese frosting recipe which is much lighter. I’m also curious to see what it would taste like if I added more malt powder to the frosting. The cake has a texture similar to pound cake–dense but moist and the strawberry flavor accents it very well. I would love to try this cake with some cut up strawberries and just a bit of whipped cream. yummmm. Overall, not a difficult recipe to make and a lovely way to use up some fresh from the field strawberries!  Check out Hungry Rabbit NYC’s blog for the recipe! 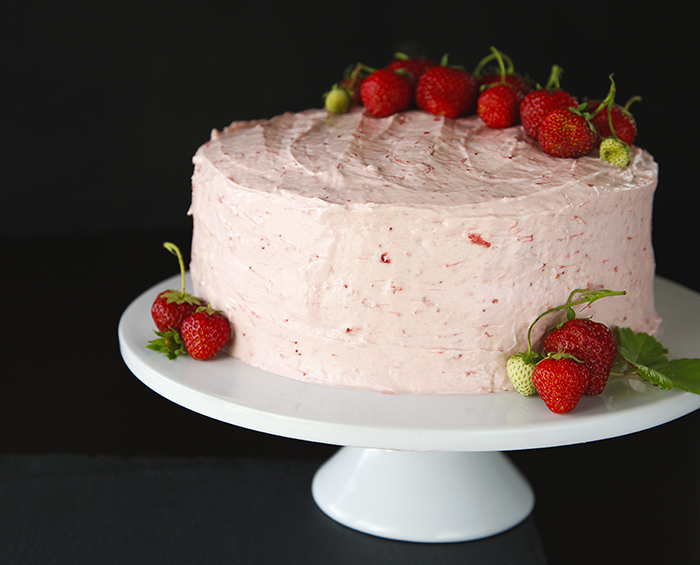 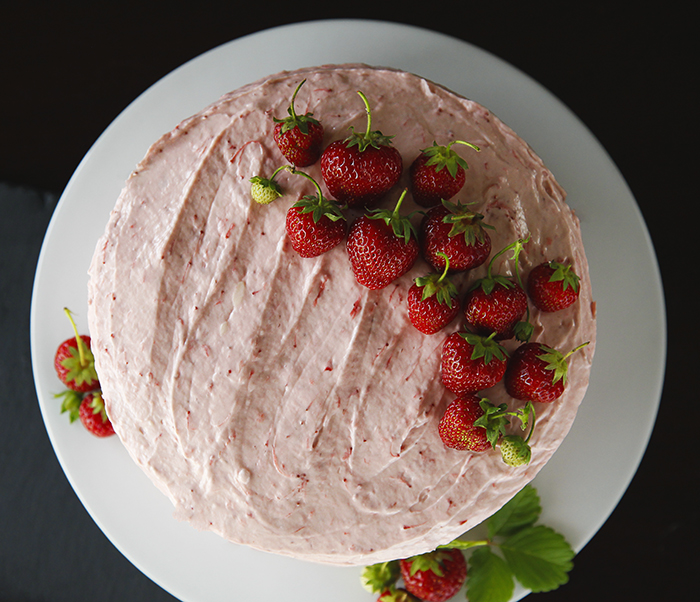 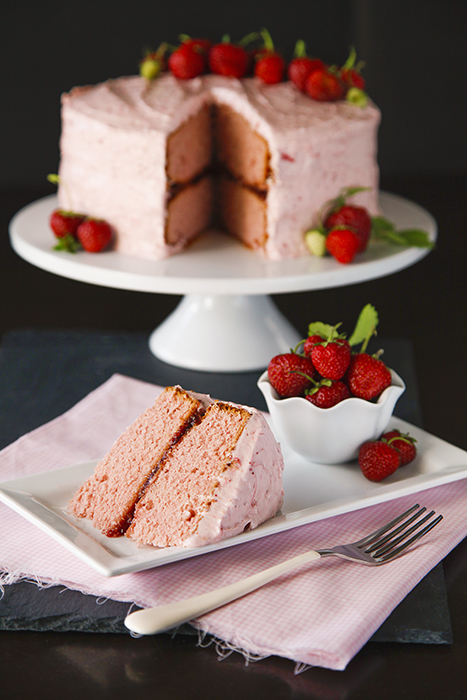 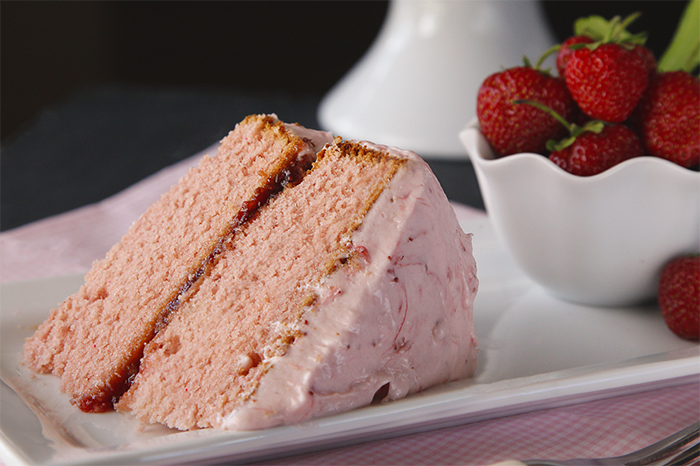 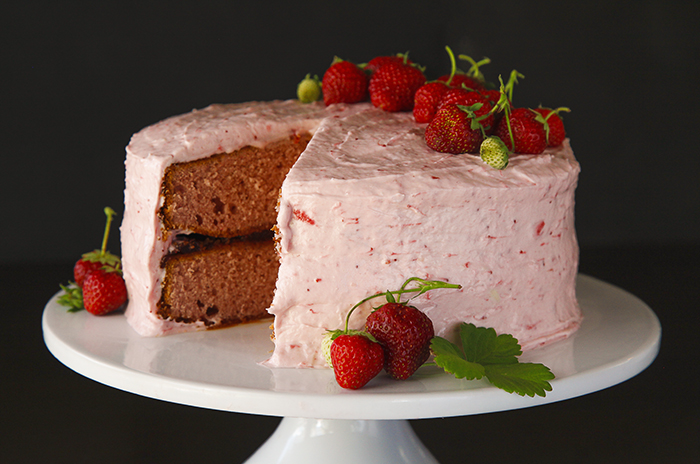 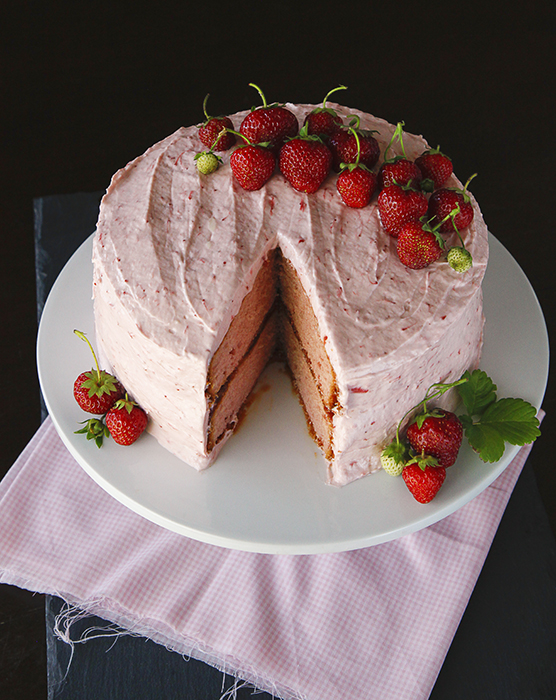 One Reply to “Strawberry Milkshake Cake”