Happy belated Valentine’s Day to you all! I hope that all of you got to enjoy it in some way. Chet and I had a very laid back weekend, relaxing and hanging out together. It was great to have some time together after a long week of travel and work. We made a delicious rack of ribs in the crock in pot which was doused in a Georgia mustard bbq sauce. For dessert I wanted something that was easy but still felt special.

A while back Chet and I had watched an episode of Friends (thanks for the good month plus of binge watching Netflix) which revolved around a stolen but delicious cheesecake. Every now and then the thought of a flaky graham cracker crust gracefully supporting a fluffy and airy medallion of cheesecake complete with raspberry swirl would consume me. I decided enough was enough and made us some mini cheesecakes. They are delicious but dangerous. As I type I am currently trying mentally block the churning in my stomach from the three (yeeeaaah….just three….) that I ate after dinner tonight. 🙂

Enjoy the images and give the recipe a try next time you crave cheesecake! 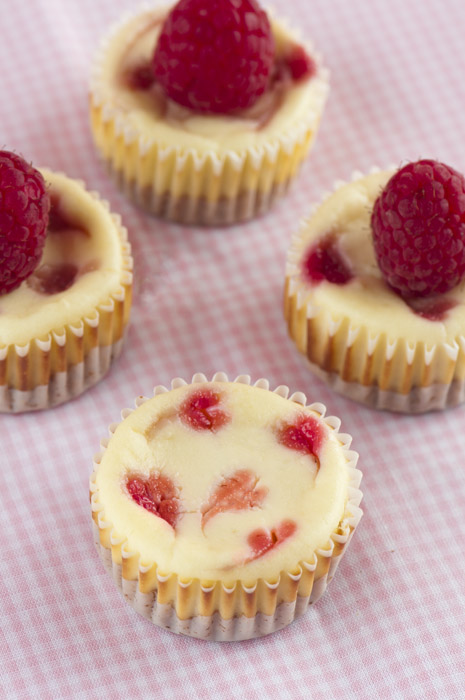